Arrive Delhi, meet Ae Travels representative at the airport & transfer to hotel. Rest of the day free for leisure or city tour. Night stay in Delhi.

Early morning breakfast, pick up from hotel & drive to Agra. Arrive Agra in approx. 04 hours & transfer to hotel. Later visit the magnificent Taj Mahal - one of the seven wonders of the world surely the most extravagant expression of love ever created. 20,000 men laboured for over 17 years to build this memorial to Shah Jahan's beloved wife. Also visit the Agra fort – the rusty and majestic red-sandstone fort of Agra stands on the banks of the river Yamuna and the construction was started by Emperor Akbar in 1566. At the Diwan-I-Am (hall of public audience), a colonnaded hall of red-sandstone with a throne alcove of inlaid marble at the back, the Emperor heard public petitions. At the Diwan-I-Khas (hall of private audience) where marble pavilions with floral inlays lend an ethereal ambience, the Emperor sat on his gem-studded Peacock Throne and met foreign ambassadors and rulers of friendly kingdoms. Evening free to explore the Agra's rich heritage of handicrafts in its markets. Night stay in Agra of Golden Triangle Package With Birds And Tiger.

After breakfast drive to Bharatpur - lying between the cities of Agra and Jaipur in the north-west is famous for Keoladeo Ghana bird sanctuary which is a home to an astonishing range of flora and fauna. Birds come to this national park in waves enroute visiting Fatehpur Sikri- a perfectly preserved red sandstone “ghost town” which was the estranged capital of mughal emperor Akbar, built in 1569 and deserted when its water supply failed. Arrive Bharatpur and transfer to hotel. Rest of the day at leisure. Night stay in Bharatpur of Golden Triangle Packages.

Morning have a completely rewarding experience of seeing an overwhelming range of birds during the rickshaw ride into the Keoladeo Ghana National Park. Later drive to Ranthambhore- famous for the wildlife sanctuary which is said to have the India's friendliest Tigers and also considered to be the best place in the world to photograph the tiger in its natural habitat. Arrive Ranthambhore & transfer to hotel. Night stay in Ranthambhore.

Morning Jungle safari . The park, which is one of the finest tiger reserves in the country is the main attraction of Ranthambore. Later drive to Jaipur - the fabled “pink city” of the desert named after Jai Singh, the former Maharaja of Jaipur. This is the only city in the world symbolizing the nine divisions of the universe through the nine rectangular sectors subdividing it. The palaces and forts of the yesteryears, which were witnesses to the royal processions and splendours are now living monuments. Arrive Jaipur & transfer to hotel. Night stay in Jaipur.

After breakfast checkout from hotel & visit the majestic Amber Fort, is one that cannot be easily described. Ride up on Elephants to the former capital of the royals set against the backdrop of the wooded hills. Later visit the City Palace, Palace of Winds also known as Hawa Mahal, this elaborate building, now little more than a façade, is encrusted with delicate screen sand carved balconies from which the royal ladies, confined to their quarters, could sneak views of the outside world. Past, present and future merge at Jai Singh's observatory, where time has been accurately measured since the 17th century. Evening drive to Delhi. Arrive Delhi & transfer to hotel. Night stay in Delhi.

Morning at leisure. Afternoon drive to Delhi & transfer to airport to board the onward flight.

*Note - The below itinerary is a suggested one. We can do customization in Golden Triangle Tour With Birds and Tiger to make an itinerary as per your comfort, special interest and requirement which can be adding new places to visit or changing the sequence of whole package. 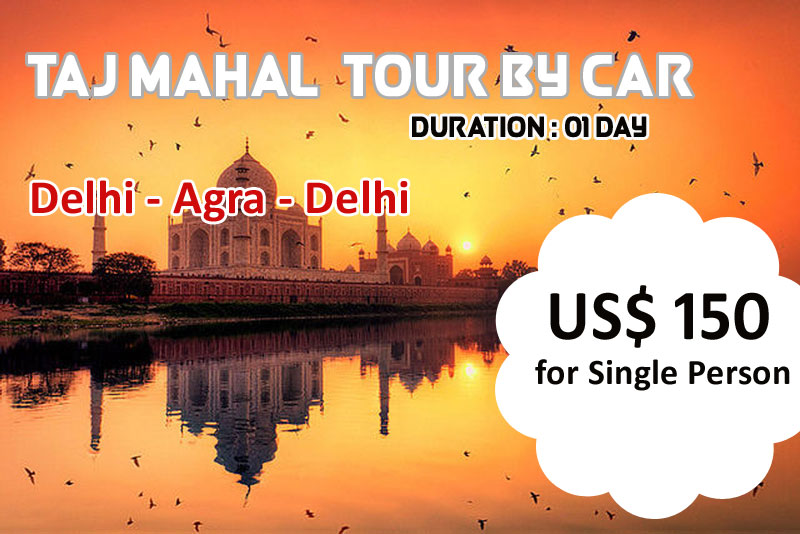 © Copyright 2016 All Rights Reserved by venturetoursagra.com